And it came to pass in those days, that there went out a decree from Caesar Augustus, that all the world should be taxed. And all went to be taxed, everyone into his own city. And Joseph also went up from Galilee, out of the city of Nazareth, unto the city of David, which is called Bethlehem;  To be taxed with Mary his wife, being great with child. And so it was, that, while they were there, the days were accomplished that she should be delivered. And she brought forth her firstborn son, and wrapped him in swaddling clothes, and laid him in a manger; because there was no room for them in the inn.


And there were in the same country shepherds abiding in the field, keeping watch over their flock by night. And, lo, the angel of the Lord came upon them, and the glory of the Lord shone round about them: and they were sore afraid. And the angel said unto them, Fear not: for, behold, I bring you good tidings of great joy, which shall be to all people. For unto you is born this day in the city of David a Savior, which is Christ the Lord. And this shall be a sign unto you; Ye shall find the babe wrapped in swaddling clothes, lying in a manger. And suddenly there was with the angel a multitude of the heavenly host praising God, and saying,  "Glory to God in the highest, and on earth peace, good will toward men."


Tonight, we are asked to reflect on the story of Christmas, as transmitted through the centuries in scripture and in popular culture. Tonight, we don’t need to debate its historical validity — it is true enough as a story with power in our culture to shape the way we look at the world.  So let’s imagine the scene — Mary and Joseph, head to Bethlehem, Joseph’s ancestral home, for the Emperor’s census.  Mary is late in her pregnancy, possibly even in labor. Along with all of Joseph’s distant relatives, they seek shelter for their stay — and since there are so many people who have come back to Bethlehem to be counted, the normal guest rooms are all full. “Sorry,” they hear again and again, “I’ve got no more room in my house for another guest.” And yet one of their relatives, rather than turning them away, remembers that he has some room downstairs, in the small alcove next to the stable, where the animals have been brought inside for the winter.

“It’s all I have,” perhaps he says to them, “but you can stay there if you want.”

Having nowhere else to go, and knowing that the animals’ straw would be a softer bed than the ground, Joseph and Mary take shelter where they can. And lucky, too, for it is here in this less-than-ideal accommodation, that Mary gives birth. It is in this downstairs room, a manger filled with hay substituting for a crib, that the baby Jesus makes his appearance in the world.  For many over the intervening centuries, the story of Mary and Joseph’s desperate search for shelter on a cold Bethlehem night has been understood to be important to the story of Christmas. To some, the important part was that Jesus needed to be rejected by the norms of society so that he could stand outside of them.

Thomas Merton writes that “Into this world, this demented inn, in which there is absolutely no room for him at all, Christ has come uninvited. But because he cannot be at home in it -- because he is out of place in it, and yet must be in it -- his place is with those others who do not belong, who are rejected because they are regarded as weak; and with those who are discredited, who are denied the status of persons, and are tortured, exterminated. With those for whom there is no room, Christ is present in this world.”

For others, though, the story takes on a slightly different meaning. Judith Hoch-Wray asks us to think about this story another way. “Perhaps,” she writes, “’no room in the inn’ was not a rejection of the Christ child, but a gracious accommodation in the best circumstances the family could provide.”

Tonight, let us think about this story in starkly human terms. Joseph and Mary arrived after a long walk from Nazareth in Galilee, tired, cold and in need of a place to stay. Though the conventional rooms weren’t available someone — unnamed in the Scriptures, but is assumed to be the innkeeper -- offered what space he had to them.  Are we prepared to make that same offer? Are we prepared to share our room — whatever we might have — with our relatives who are in need?

Are we prepared to offer even our stable to those who might come wandering in the night, cold and hungry?  Are we prepared to be the nameless relative with a full house who couldn’t let his distant cousins, weary and pregnant, spend the night outside?

Morton also writes, “My great-grandfather, it is said, opened his home on Christmas Eve. In the story my grandmother tells, he invited people in to eat with his family. Not hundreds — or even dozens — of homeless folks, mind you, but one or two every year, people in the neighborhood without family or food, without someone to spend the holiday with. People who had been turned away from other places because there was no room for them. Without regard to race or ethnicity, they were invited to partake in the feast set forth by my great-grandmother. This story, as it is told in my family, has great power. As a child, I learned from this story to be generous with whatever I had. I learned that there will always be enough. The lessons society teaches us about fear and mistrust of those whom we do not know are wrong. Christmas is found in the welcoming of the stranger into one’s home.”

The need for shelter is a fundamental human need. None of us ever knows for sure when we might be uprooted and cast on the mercy of others. But how do we overcome our fear in order to welcome and shelter a stranger? The Christian practice of hospitality is the practice of providing a space to take in a stranger. It also encompasses the skills of welcoming friends and family to our tables, to claim the joy of homecoming. Our Unitarian Universalist ministry is very much about breaking down society’s barriers that separate people, and to teach that there always needs to be room for one more — at the table as much as at the inn.

So tonight, I’d like the Christmas story to be a story of unexpected hospitality. A story of the grace of generosity meeting the needs of two folks far from home, and allowing a baby to come into the world whose life would change everything. Tonight, I ask you how you can be present to those in this world for whom there is no room. How we, as a community, can be an innkeeper and  present for those who need a soft place to lay their weary heads. There must be room enough for all. And we can make it so.


And it came to pass, as the angels were gone away from them into heaven, the shepherds said one to another, Let us now go even unto Bethlehem, and see this thing which is come to pass, which the Lord hath made known unto us. And they came with haste and found Mary and Joseph and the babe lying in a manger. And when they had seen it, they made known abroad the saying which was told them concerning this child. And all they that heard it wondered at those things which were told them by the shepherds. But Mary kept all these things, and pondered them in her heart. And the shepherds returned, glorifying and praising God for all the things that they had heard and seen, as it was told unto them.


Innkeeper, a sermon delivered on Dec 24, 2013 by the Rev. CJ McGregor and Max Thoman at 1stUUPB 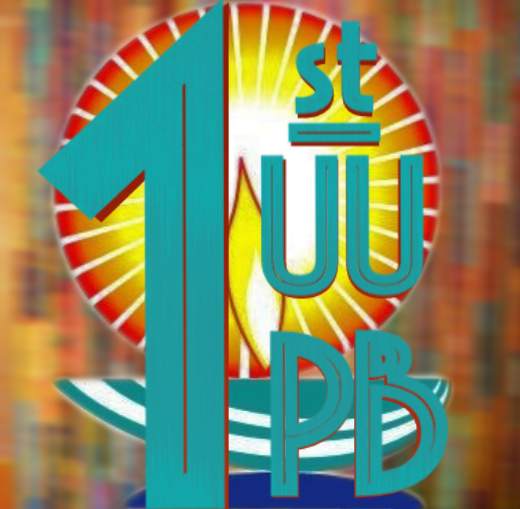